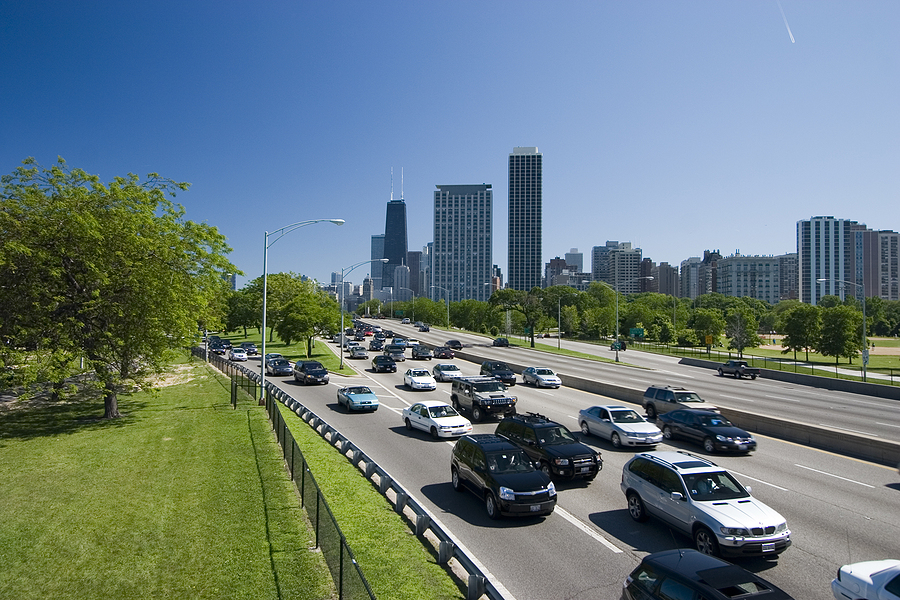 Traffic along Lakeshore Drive in Chicago.

Air pollution has been shown to affect respiratory function, stunt physical growth, and even reduce student test scores. Now there is evidence that it increases aggressive behavior, as documented by violent crime.

In a paper in the American Economic Journal: Applied Economics, authors Evan Herrnstadt, Anthony Heyes, Erich Muehlegger, and Soodeh Saberian found that areas downwind from major Chicago highways experienced more violent crime than those upwind. There were especially large increases on days when there were more people outside and exposed to air pollution from traffic on interstates. 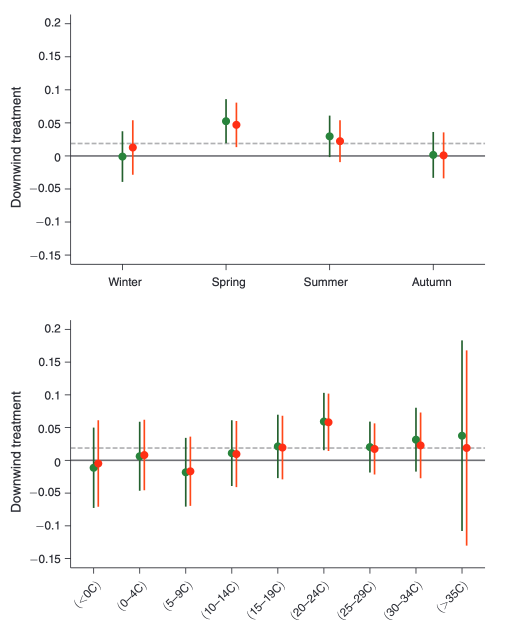 Figure 5 from their paper shows the effects during various seasons (panel A) and temperatures (panel B). It shows the change in the number of violent crimes within one mile of the downwind side of the interstate as a percent of the average number of crimes. The green dots control for day-to-day variation in crime near interstates and the red dots additionally control for different characteristics on either side of the highway. The horizontal dashed line represents the average effect (1.9 percent increase) on crime from being in a downwind area.

By contrast, there were no significantly different effects during winter and fall when more people were likely inside. A similar pattern is seen by comparing estimates on cold, warm, and hot days.   Downwind exposure was most strongly associated with an increase in violent crime on comfortable days with a maximum temperature between 20 and 24℃ (68–75℉).

The authors don’t investigate the reasons why pollution might cause an increase in violent crime. However, they do cite other medical research that suggests pollution increases aggressive behavior due to increased physical discomfort.