The far-reaching legacy of lynchings

Does historical racial animus continue to influence the voting behavior of Blacks today? 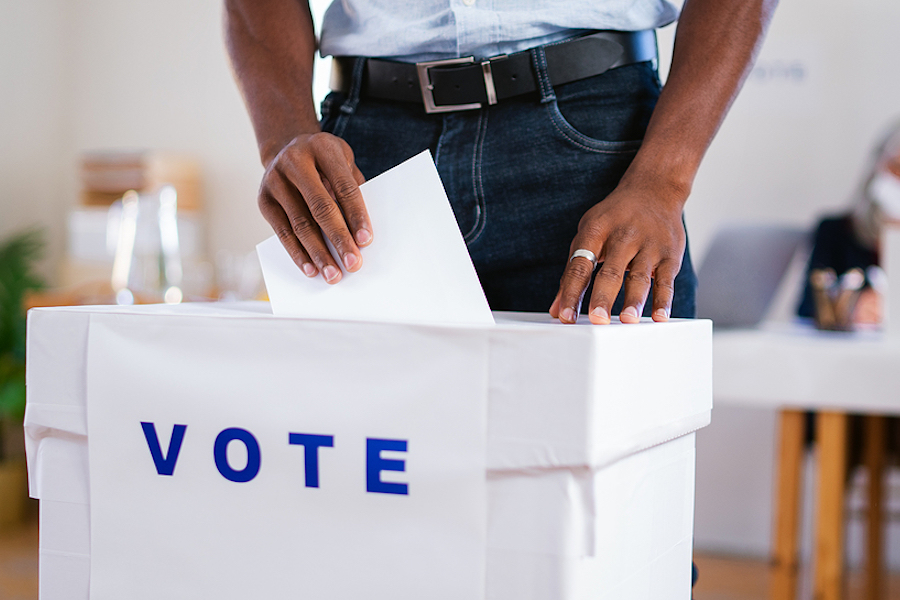 It has been more than 50 years since the Voting Rights Act was passed. And while that landmark piece of legislation aimed to level the political playing field for minorities once and for all, political participation among Blacks still remains lower than that of Whites in many US elections.

A paper in the American Economic Journal: Applied Economics shows that historical racial animus is partly to blame.  Author Jhacova Williams found that Blacks who live in counties that were exposed to a relatively higher number of lynchings a century ago have lower voter registration rates today.

The right panel of Figure 5 from Williams’s paper shows this association controlling for historical factors, such as local rates of slavery and Black literacy. 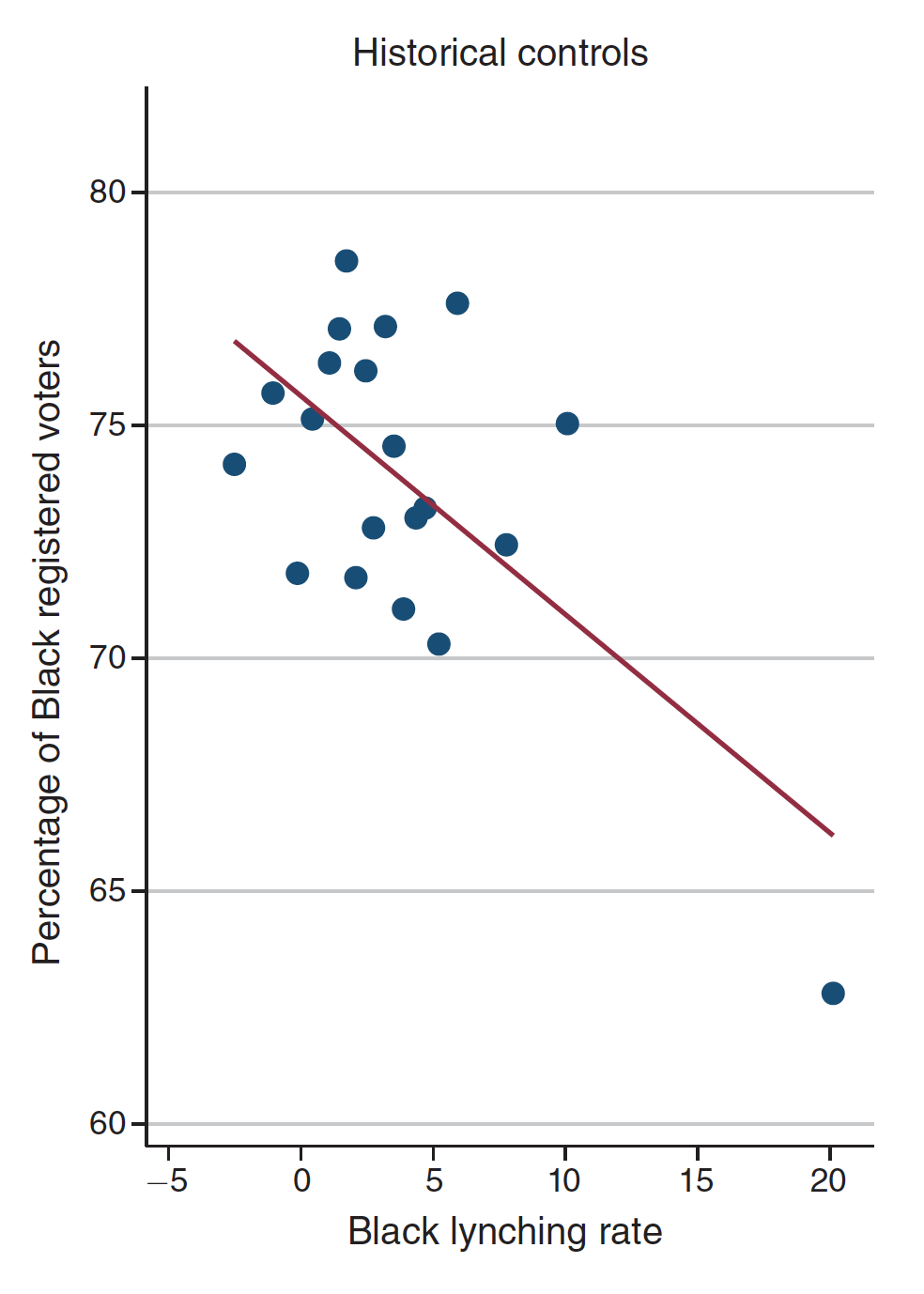 The x-axis in the chart indicates the rates at which Blacks were lynched from 1882 to 1930 in the American South. And the y-axis indicates the percentage of Black registered voters from 2000 to 2012.

Each point represents a group of counties with similar lynching rates, while the red line is a line of best fit. The most violent counties—those toward the right in the chart—had as many as 25 lynchings over the period. The plot reveals a strong negative relationship between historical lynchings and voting norms, which Williams shows survives several robustness checks.

These findings, which document the persistent effects of historical lynchings on political participation, may have policy implications for protecting the voting rights of minorities.

“Historical Lynchings and the Contemporary Voting Behavior of Blacks” appears in the July 2022 issue of the American Economic Journal: Applied Economics.