Do efforts at persuasion in modern autocracies entrench political opinions? 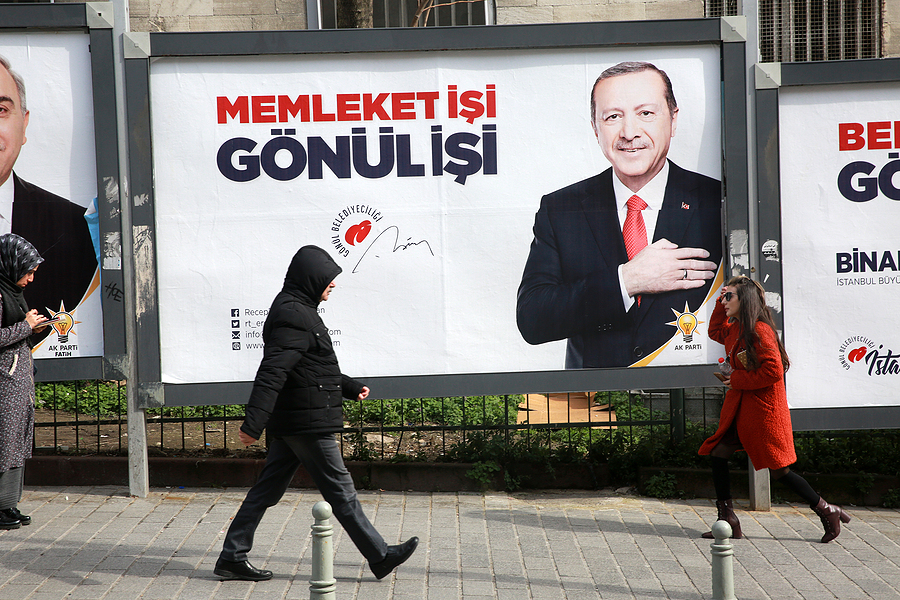 In recent decades, autocratic leaders have gained the upper hand in many fledgling democracies, consolidating their power not through force but through censorship and propaganda, often with the help of new information technologies.

It might seem that the antidote would be widespread access to information, but a paper in the American Economic Review finds evidence that this approach can backfire. Author Ceren Baysan shows that a door-to-door information campaign in Turkey actually further increased polarization.

In 2017, shortly after an attempted coup, Turkey’s AK Party, led by Recep Tayyip Erdoğan, proposed a referendum on switching from a parliamentary system to a presidential system  and consolidating executive power under the presidency.

Many observers interpreted the move as a step toward authoritarianism. However, sympathizers saw it as a necessary adjustment to ensure national security.

Prior to the referendum vote, the author conducted a field experiment in which canvassers went door-to-door, providing information on the referendum and recent executive performance. In particular, they explained how the changes would weaken political accountability and consolidate power under the presidency.

Figure 2 shows the impact of the campaign on support for the 2017 referendum. 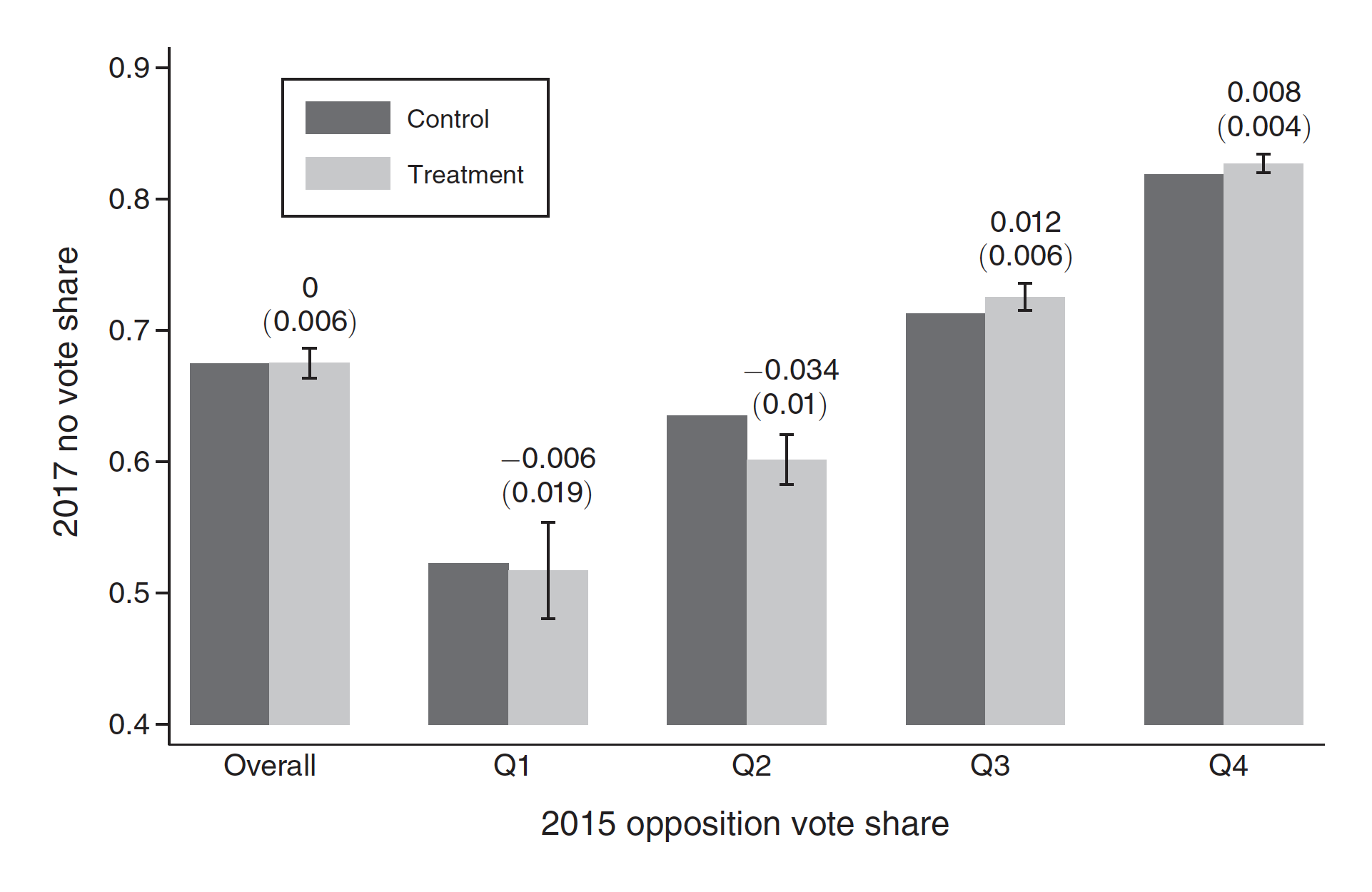 The chart shows that overall (far-left bars) there was no significant difference in the share of “no” votes for the referendum between neighborhoods that were canvassed and those that were not. That result suggests that the information campaign had no impact.

However, the share of “no” votes varied substantially by the level of  support for the opposition party in the 2015 elections—an indicator of prior opinion on the ruling AK party. For instance, neighborhoods with previous opposition vote share in the highest quartile (far-right bars) increased their “no” vote share by 0.8 percentage points, while those previously in the lowest quartile decreased their “no” vote share by 0.6 percentage points. Neighborhoods in the second and the third quartiles followed a similar pattern.

Baysan’s findings indicate that voter polarization can increase persistently even when voters have common exposure to the same information.

“Persistent Polarizing Effects of Persuasion: Experimental Evidence from Turkey” appears in the November 2022 issue of the American Economic Review.