Why did productivity drop after the Great Recession?

Was it just bad luck, or was there something about how businesses responded that drove the slowdown? 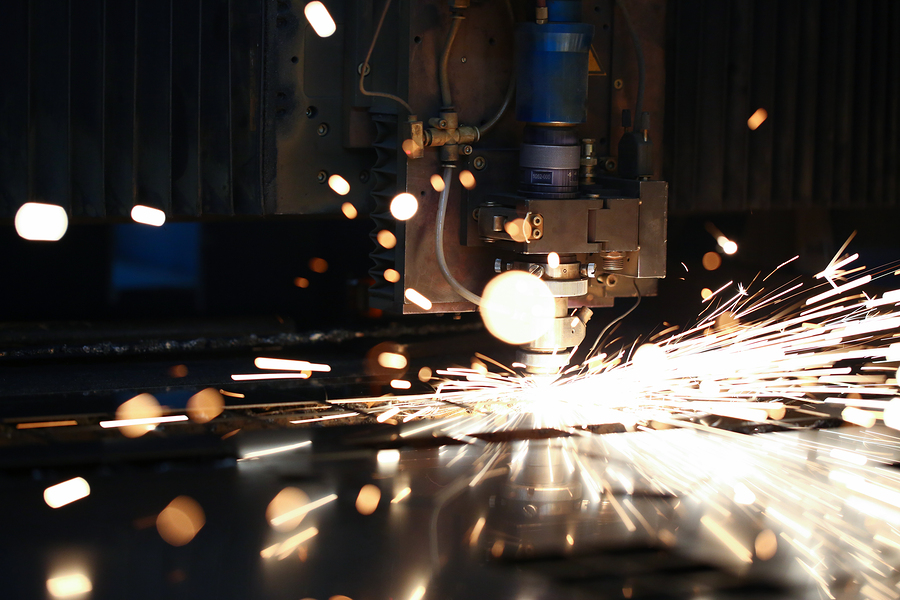 The engine of America’s economy may have restarted after the Great Recession, but it wasn’t firing on all cylinders.

Even as unemployment dropped and more workers were earning paychecks, productivity remained anemic for years. The phenomenon puzzled economists, leading researchers to wonder whether it was caused by the recession or something else, a more fundamental shift in the economy that just happened to coincide with the worst downturn in 70 years.

A paper in the July issue of the American Economic Journal: Macroeconomics says the productivity slump was no accident of timing; it can be explained by how corporate innovation responded to the financial crisis in ways that would dampen output for nearly a decade.

“The overwhelming majority of the slowdown in TFP [total factor productivity] during and after the Great Recession was due to slowdown in the rate of adoption of new technologies,” said Diego Comin, a professor at Dartmouth College, who co-authored the paper with Diego Anzoategui, Mark Gertler, and Joseba Martinez.

Their paper counters other explanations that argue the productivity slump had nothing to do with downswings in the business cycle. It’s true that producers were showing signs of sluggishness before the Great Recession began in 2007, lending credence to the "bad luck” theory. But the authors say it was not a matter of chance. Rather, it was largely a result of cash-strapped companies cutting back on productivity-enhancing investments, both during the Great Recession and at the dawn of the 21st century.

In marrying short-term and medium-term effects into one model, the authors wanted to overcome the siloed way that economists tend to think about business cycles and macroeconomic growth.

“These two fields, growth and business cycles . . . they don’t talk to each other,” Comin said. “The models that we [macroeconomists] build should be consistent with both.”

The model developed in this paper looks at how shifts in R&D and technology adoption during the business cycle can affect productivity five or six years later.

A Slow Recovery
Total factor productivity (TFP) during and after the Great Recession was the lowest it had been in several decades. The chart below shows average annual growth rates in TFP for various periods. 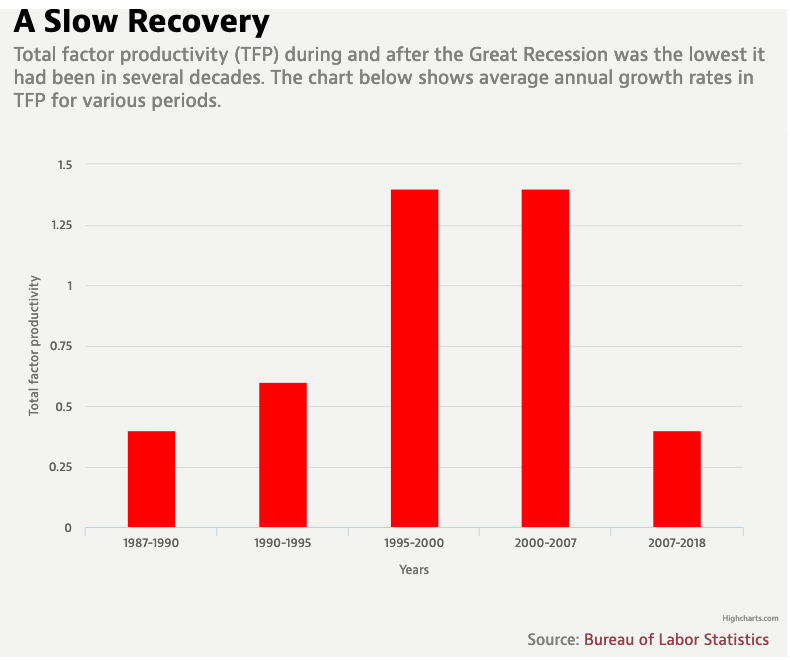 Comin said their model not only explains the long post-recession slump in TFP, but also it’s recent rebound and the pre-Recession slowdown that began in 2005, which stemmed from a decline in R&D during the eight-month recession in 2001.

R&D spending slowed significantly during the past two recessions, though more so during the 2001 downturn.

Their findings suggest that the TFP slump is cyclical and not part of some longer, more protracted restructuring of the economy. It also helps explain the stability of inflation during the Great Recession despite the severe contraction in the economy. The corresponding drop in productivity kept production costs relatively high, counteracting the depressing s of high unemployment on prices.

To be clear, they are not saying that a productivity slowdown will follow every recession. But the combination of fiscal policy constraints, limits on the Fed’s ability to lower interest rates to encourage borrowing, and corporations’ needs to pay down high levels of debt created an environment where technology investments could have an outsized impact on productivity.

“Endogenous Technology Adoption and R&D as Sources of Business Cycle Persistence” appears in the July issue of the American Economic Journal: Macroeconomics.

Why prices didn’t plummet during the Great Recession

Searching for the “missing deflation”

Azhar Iqbal on measuring just how much a recession costs