Why do workers in larger cities make more money than their peers in smaller cities? 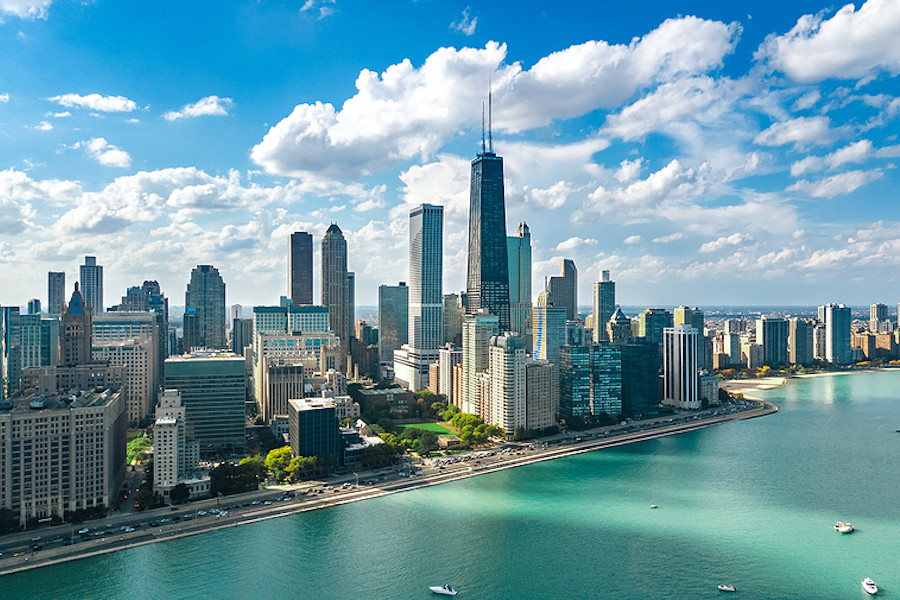 Workers in metropolitan areas like New York or Chicago earn significantly more than very similar workers in smaller cities. Economists have long observed this wage premium across different times and regions, but they don’t yet have a complete understanding of what causes bigger cities to have higher productivity and residents with higher incomes.

In a paper in the American Economic Journal: Macroeconomics, author Theodore Papageorgiou argues that the number of occupations across cities is a critical factor driving the urban wage premium.

The findings illustrate a recent shift in emphasis among economists who study labor markets from focusing on jobs to focusing on occupations.

“I think that occupations were kind of swept under the rug for a long time,” Papageorgiou told the AEA in an interview. “At some point, maybe a decade or so ago, we realized that what often matters is not who you work for but it's what you do, especially when you're thinking about things like human capital.”

It’s apparent to anyone who has been to a big city that they have an enormous variety of companies, services, and industries. But to get a better quantitative picture of the effect of these agglomeration economies on occupations, Papageorgiou first documented the differences between cities using several panel surveys of workers and online datasets about vacancies.

Confirming a common observation, there were more occupations available in large cities than in small cities. For instance, the largest cities had more than 450 occupations, whereas small cities had fewer than 200. And in general, the number of occupations increased by 70 as city-size doubled.

More people, more occupations
The chart below shows the number of occupations in which there are vacancies in US metropolitan areas against the logarithm of the population as reported in the 2010 census. The relationship indicates that cities with double the size have approximately 70 more occupations. 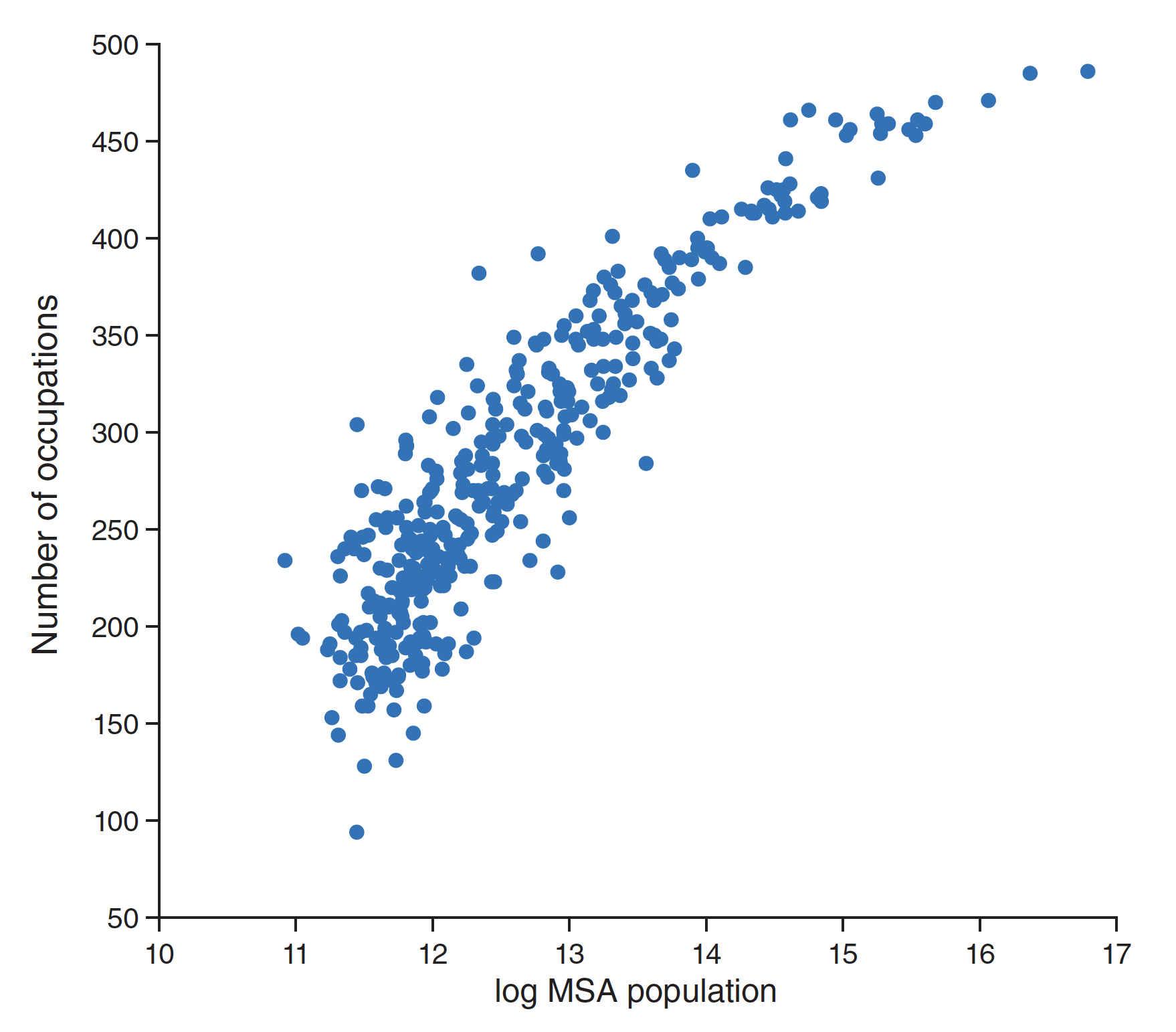 However, this difference does not result from obscure occupations with a small number of workers, such as golf ball divers. Smaller cities have many of the occupations seen in the biggest metros, just not the full range of specialty positions.

Like other researchers, Papageorgiou found that workers in larger cities earned higher wages, but he also found that wages and occupational switching were sensitive to the amount of time someone had spent in a big city.

First, the wage premium increased with the amount of time a worker lived in the city. And second, although occupational mobility is generally somewhat lower in larger cities, recent movers were more likely to switch occupations within the first few years of moving compared to their counterparts in smaller cities.

These general features of the labor market suggested to Papageorgiou that better occupational matches were behind the higher wages in large cities.

“The basic idea of my model is that workers are trying to find out what they're good at, so they try out different occupations,” Papageorgiou said. “Based on what they do, they get signals in terms of their performance and eventually they settle on an occupation that's good for them.”

At the same time, workers in the model can move across cities, but as in the real world, moving is costly.

I think that occupations were kind of swept under the rug for a long time. At some point, maybe a decade or so ago, we realized that what often matters is not who you work for but it's what you do, especially when you're thinking about things like human capital.

Putting all of these elements together yields a model in which people can move to a big city where they have a higher chance of finding an occupation that suits their skills. But this process takes time, so movers to a big city switch occupations more frequently and only see higher wages after a few years. On the other hand, workers who stay in a small city can get stuck in suboptimal occupations, resulting in lower wages.

Using the model, Papageorgiou estimated that better occupational matching accounted for roughly a third of the urban wage premium—a potentially significant share compared to other explanations, such as the greater knowledge spillovers and lower transportation costs observed in larger cities.

These findings provide a more fine-grained picture of wages, occupational switching, and how they vary over city sizes and contribute to our understanding of agglomeration economies.

“Occupational Matching and Cities” appears in the July 2022 issue of the American Economic Journal: Macroeconomics.

The increasing quality of job matching

Better job screening is decreasing the rate of worker turnover.

What causes the marital wage premium?