Being exposed to greater diversity in elementary and middle school affects party registration in adulthood. 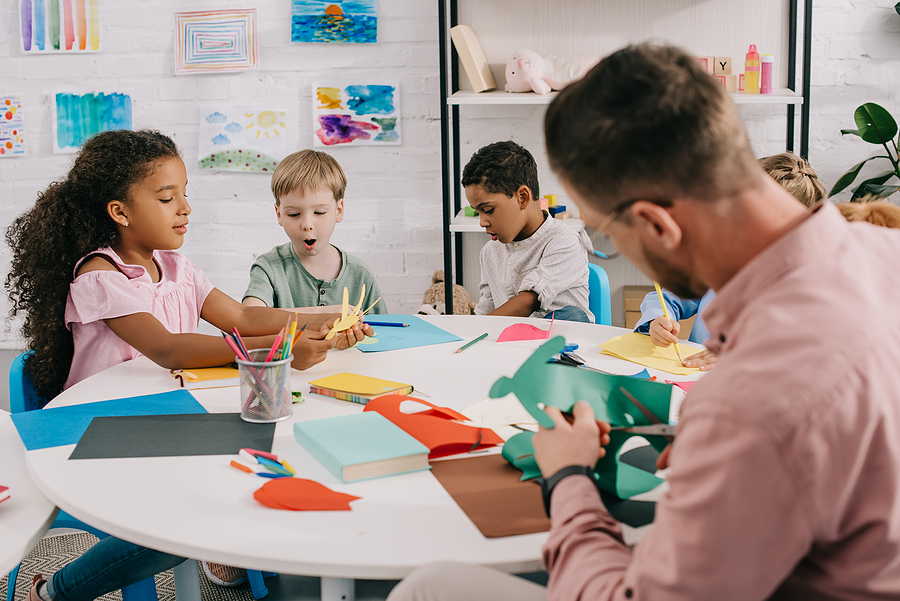 A new study showed that being exposed to minorities in childhood decreased the likelihood that Whites registered as Republicans in adulthood.

In a paper in the American Economic Review: Insights, authors Stephen Billings, Eric Chyn, and Kareem Haggag consider whether having a more diverse racial composition in elementary and middle school shapes political affiliations later in life. Their findings underscore the importance of early life experiences on political stances, and how policy changes affect cultural and political outcomes.

Their paper also provides evidence for the “contact hypothesis,” or the idea that contact with people outside one’s racial or ethnic group can reduce prejudice.

“I’ve long been interested in the contact hypothesis and trying to think about a way to test it,” Haggag said in an interview with the AEA. “It seemed plausible to me that if intergroup contact was going to durably affect attitudes, then perhaps it would be most effective if that contact occurred in the formative years of childhood.”

Billings, Chyn, and Haggag collected administrative data from Charlotte-Mecklenburg Schools (CMS) at the time of a major redistricting effort. In 2002, CMS was court ordered to end decades of race-based busing, resulting in roughly half of all students being reassigned to new schools.

School segregation
One measure of segregation is the amount of exposure that a typical student has to students of other races. The chart below shows that in 2016 the typical U.S. student of each race (except for Asian students) attended a school in which the largest share of their schoolmates were same-race peers. For example, the typical White student attended a school in which more than two-thirds (69.3%) of their peers were also White.
Source: The Civil Rights Project (2019)

Suddenly, students who had been in the same classrooms were attending different schools. Many ended up in more homogenous institutions because students were no longer being sorted to maintain standards of diversity.

The authors studied the effects of this important shock to the students' social lives by comparing political registrations of those whose school assignment resulted in greater exposure to minorities with those who were sent to less diverse schools.

Republicans generally hold more “racially conservative” attitudes, suggesting that having less exposure to minorities in childhood causes Whites to be less progressive on issues of race as adults.

For minorities, exposure to a greater share of kids like themselves had almost no impact on Democratic or Republican party affiliation. However, they were slightly more likely to register as unaffiliated.

The authors said their findings should not be read as a dismissal of research supporting “racial threat”—the idea that more exposure to minorities makes Whites more conservative. Other studies have found that even minor demographic changes in homogenous communities can provoke strong backlash from the dominant group.

“I don’t think we debunk those other theories,” Haggag said. “Racial threat theories are largely about proximity without meaningful positive interactions. Also, that literature is mostly looking at adults.”

Chyn added, “Our paper is saying something that is a little bit different. It's just saying that you can have exposure to outgroups, and if it happens at a different age, potentially age is some sort of key aspect here.”

“The Long-Run Effects of School Racial Diversity on Political Identity” appears in the September 2021 issue of the American Economic Review: Insights.

How do schools become breeding grounds for criminal relationships?

What effect does campus racial diversity have on the way whites act toward minority students?