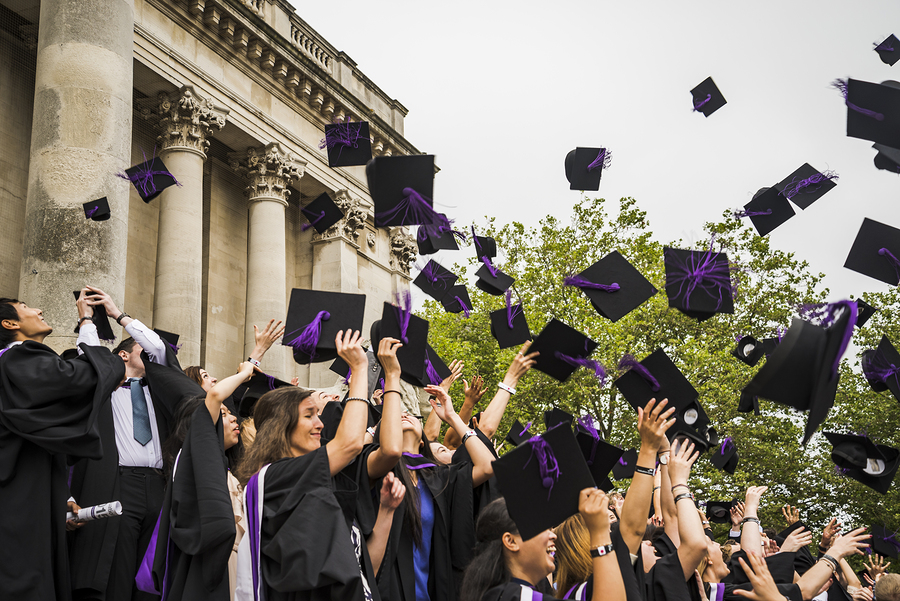 Student loans are hitting all-time highs, and according to many it’s time to panic. The US is in the midst of a student debt crisis.

Concerns about student debt have led many schools to stop disclosing loan options in students’ financial award letters, even when they are eligible for federal loans.

But colleges that aren’t being clear about available loans may be holding their students back from academic success, according to a paper in the May issue of the American Economic Journal: Economic Policy.

You only hear about how terrible student loans are, and how they're ruining people’s lives. I think people forget that there's a reason we have the student loan program.

Stories about crushing student debt are common and deserve attention. But to get a complete picture of student borrowing, the success stories have to be taken into account as well.

“You only hear about how terrible student loans are, and how they're ruining people’s lives,” Marx said in an interview with the AEA. “I think people forget that there's a reason we have the student loan program.”

The authors conducted one of the most rigorous studies to date on the academic impact of student loans by using a randomized control trial at a US community college. The trial randomly assigned students into a treatment group who were shown a federal student loan offer of either $3,500 or $4,500 and a control group who were shown a $0 offer. Both groups were notified in their financial aid award letters.

Even though students who received a $0 offer were all told of their loan eligibility, they might not realize this if they hadn't carefully read their communications from the college and the government.

A likely explanation was that students who got a zero offer either did not remember that they could take out loans or misinterpreted the letter as saying that loans weren’t available.

In short, a clear loan offer from the community college encouraged more borrowing. But did more borrowing actually make the average student better off?

Students who took out a loan due to receiving a nonzero offer had 30 percent higher GPAs—roughly the difference between a “B” and an “A-” grade. They also took more classes and completed 30 percent more credit hours.

The benefits of borrowing
The chart below shows that students induced to borrow through nonzero loan offers had higher grades and earned more credits compared to students in the control group, whose financial-aid award letters did not mention loans. 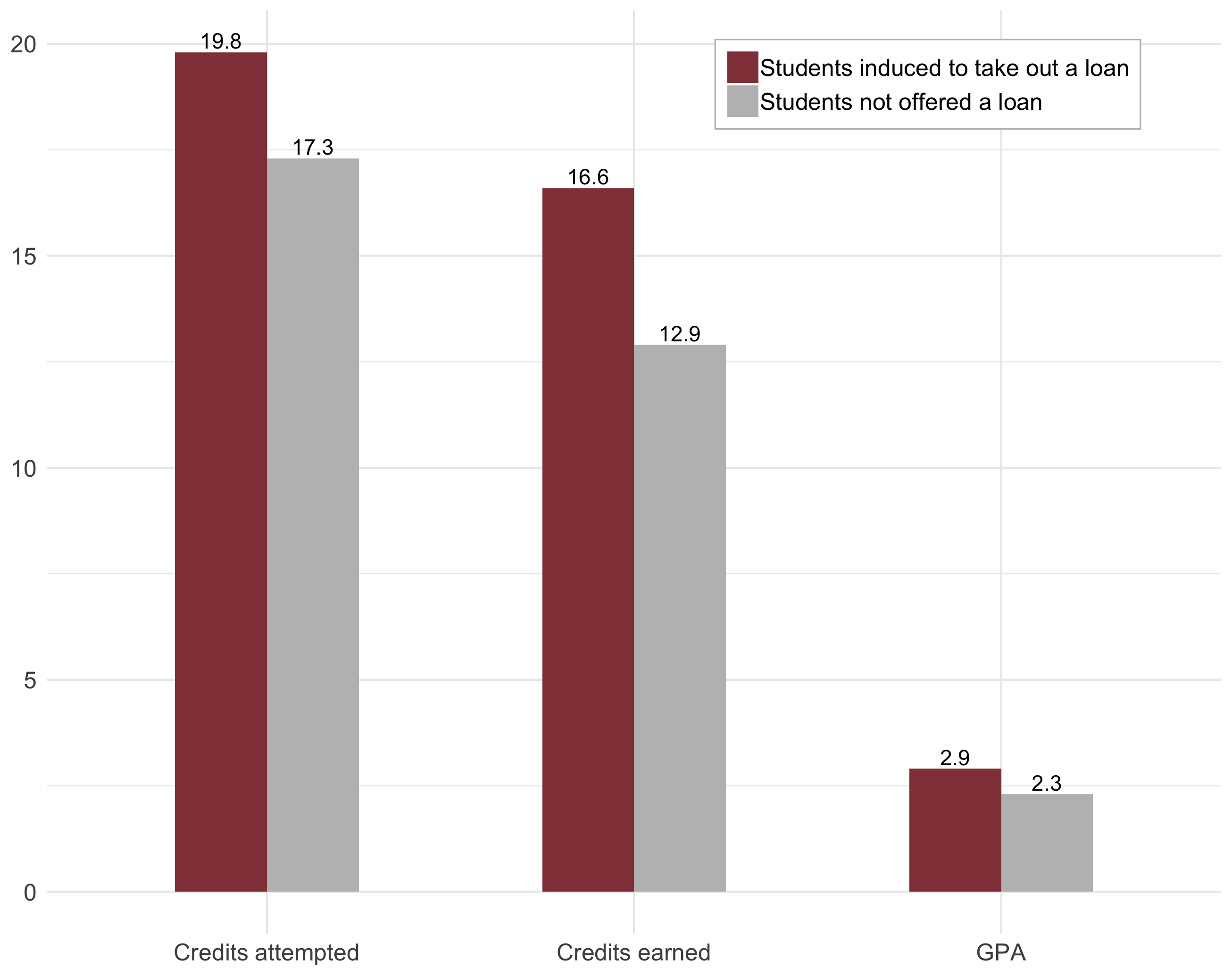 For other students, loans provided an opportunity to go to a different school. Students with nonzero loan offers were three times more likely to transfer from a community college to a four-year institution.

The career benefits for students could be just as stark. Based on the authors’ and previous studies’ estimates, taking out a $4,000 loan for college could translate into $370 in additional income per year. That’s a promising return, but the long-term effects are still uncertain, according to the authors.

And from the government's perspective, the loan program is a relatively cost-effective way to encourage more education. The federal government’s expected cost per $4,000 loan is $444, assuming a default rate of roughly 20 percent, which is typical of community colleges. Other trial programs may cost as much as $3,900 per student per year to achieve the same increase in credit completion.

None of this challanges the fact that some students are in default or have massive loans that keep them from buying their first home. But it does highlight that many students profit from making large investments early in their life to get the job and the income they want in the future. Loans help bridge this gap during school.

Educating students about loans may be one way to reduce concerns about student borrowing. Some of Marx’s preliminary research and interviews with students have revealed that they aren’t able to answer basic questions about their finances.

“An in-depth intervention might be necessary to make sure that students understand their financial aid package,” Marx said. “Unfortunately that's going to be much more costly than just sending out some emails.”

"Student Loan Nudges: Experimental Evidence on Borrowing and Educational Attainment" appears in the May issue of the American Economic Journal: Economic Policy.

A Conveyor Belt of Dropouts and Debt at For-Profit Colleges

In debt, and in denial

People often don’t realize how bad their credit card debt is. Is a simple reminder enough?