The returns to an economics degree 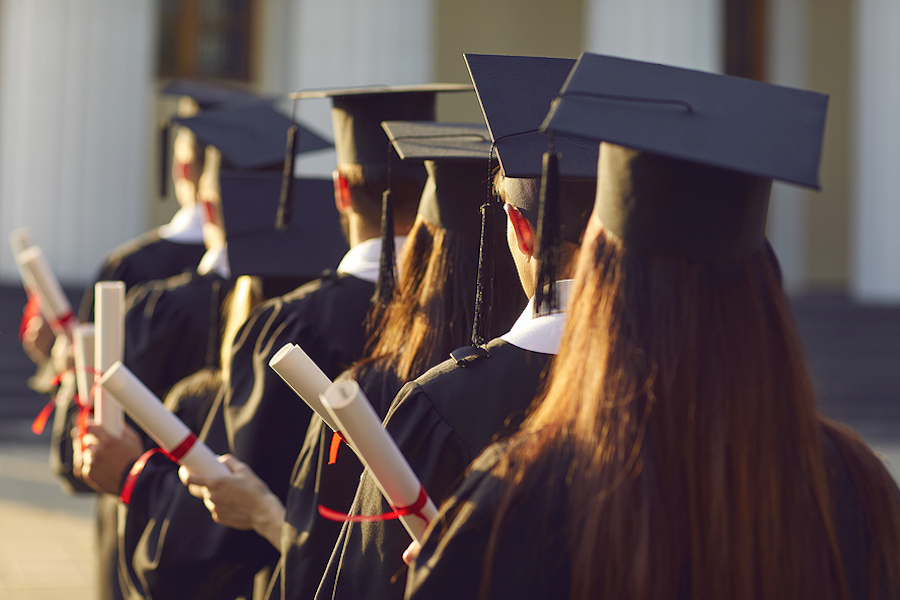 Publicly available statistics on career earnings show that an economics degree pays far more on the job market than degrees in other social sciences. But it’s not clear that those higher salaries reveal the true returns to studying the dismal science.

In a paper in the American Economic Journal: Applied Economics, authors Zachary Bleemer and Aashish Mehta identify the causal effects of choosing one major over another by analyzing the outcomes of a policy at the University of California, Santa Cruz, that prevented students with low grades in introductory economics courses from declaring an economics major.

They found that studying economics boosted annual early-career wages by $22,000 compared to students' second-choice majors—a return roughly as large as enrolling in college in the first place.

Bleemer says that returns to a major can vary significantly from student to student and college to college. But the results highlight the importance of carefully evaluating information about career earnings when choosing a field of study.

He recently spoke with Tyler Smith about the earnings premium of an economics degree and the downsides of major restriction policies at universities. 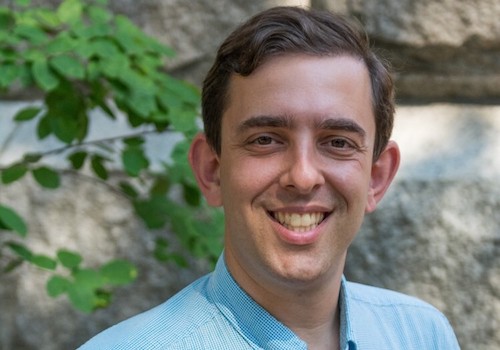 Tyler Smith: I think most students, when they're thinking about choosing their major, just look at average statistics on salaries to help make their decision. Why might that approach be problematic?

Zachary Bleemer: I think a lot of undergraduates, to the degree that they're thinking about career outcomes, look for publicly available statistics about average wages and different majors. The trouble is that while to some degree those statistics capture differences in student outcomes coming out of different majors, they also capture a lot of other information that's probably not so helpful. For example, if you take the field of economics, economics is the most popular major at every Ivy League school other than the University of Pennsylvania, and it's a very popular major at many highly selective universities. But it's the fifteenth or sixteenth most popular major across the United States. In other words, it’s much less popular at relatively less selective and, to some degree, relatively less lucrative universities. So one reason that you might think that economics majors on average across the country are high earning is that they tend to be coming out of relatively more selective universities. That has nothing to do with the content of the major, but instead the universities that are producing these majors. When students are trying to make choices on the basis of those statistics, you would really want to tell them what the causal effect of majoring in one field or another is, and that can be really difficult to estimate, especially in the United States, where kids have remarkable discretion over the courses they take in college and the degrees that they end up earning at whatever institution they attend.

Smith: How did you overcome that challenge in this study?

Bleemer: This study focuses on an interesting case study at the University of California, Santa Cruz during the financial crisis. Santa Cruz, like many universities across the country, saw a massive influx of students interested in studying economics in the years leading up to and immediately after the financial crisis in 2008. While there are many ways that universities can try to handle these influxes in student demand, what UCSC chose to do was to impose a relatively strict GPA restriction policy. Students would come in as freshmen, and if they wanted to study economics, they would sign up for Econ 1 and then they would sign up for Econ 2. And the rule that the university put in place is that after you finished Econ 2, you would take the average GPA that you earned in those first two courses. If that GPA was over a 2.8, you were allowed to declare an economics major. But if it wasn't over a 2.8, in most cases, you were prohibited from declaring an economics major and you had to study something else instead. What this generated was a sharp discontinuity at the 2.8 GPA.

What this lets us do is compare two groups of students who are very similar on a wide variety of both observable and unobservable characteristics. We took those two groups of students and followed them along for about ten years after they got to college—trying to extrapolate from that the causal effect of majoring in economics generated by these students just above the threshold of being allowed to study the field.

Smith: When you perform this exercise, what do you find? How much more did economics majors earn over other types of majors?

Bleemer: To give a sense of baseline, in their mid to late twenties, UC Santa Cruz graduates who are employed in the state of California tend to earn on the order of $50,000 a year. If you look at the just-below-threshold students who didn't study economics because they weren't able to, that's about what you see; they were earning on the order of $50,000. If instead you compare them to the kids just above the threshold—trying to understand the impact of economics by looking at the number of students who flowed into economics as a result of being above the threshold—you see that majoring in economics increased these kids' earnings by about $22,000 a year. Now that's a gigantic increase. From a base of $50,000, we've just increased wages by almost 50 percent for students who are allowed to study economics relative to those who weren’t.

It seems that being allowed into economics and taking a series of introductory economics courses shaped these students' preferences in a way that they ended up choosing, at least in part, the kinds of higher-wage industries that led them to themselves earn higher wages.

Smith: Why are economics majors earning so much more in the workforce?

Bleemer: What we see is a big difference in the number of economics courses that these kids take. If you're allowed into the economics major, you take on the order of twelve more economics courses over your college career. Moreover, we saw a pretty substantial difference in the number of quantitative courses overall that these kids took in college. So being allowed into the economics major led these kids to take about two additional math, statistics, or other quantitative methodology courses while they were in college. These kids had different educational experiences and learned different things in college, and that's going to have different payoffs in the labor market. Also, when you look at the actual jobs that these kids have in the labor market, you see that they're much more likely to end up in relatively high-paying fields—like finance, accounting, real estate, and business consulting—as compared to the just-below-threshold students. This probably relates, at least in part, to people in those industries having a preference for economics majors as a result of the information these kids learned in their economics courses.

But another thing we see is that these just-above-threshold students, who were allowed to major in economics, were much more likely to report a preference for going into these high-paying business and finance careers, even as sophomores, long before they were entering the labor market themselves, relative to the kids just below the threshold. It seems that being allowed into economics and taking a series of introductory economics courses shaped these students' preferences in a way that they ended up choosing, at least in part, the kinds of higher-wage industries that led them to themselves earn higher wages.

Smith: I think a lot of students may not fully realize just how important this choice is for their financial future. I'm wondering, do you have advice for students when they're thinking about picking a major and how they balance this tradeoff with other factors, because it's not all about money?

Bleemer: I think the key thing to emphasize in this study is that both the above- and below-threshold students had an interest in majoring in economics. They had taken Econ 1 and 2. I think it's not exactly clear what would have happened to students who wouldn't have taken those courses—who didn't have an a priori interest in studying economics—if they had been pushed to take a couple of economics courses or even become an economics major. It's not clear what those students should learn from the specific findings in this study. I think as a more general point, what students should take away from this kind of analysis is that it's really important to think carefully about the kinds of information made available to them as they're making these extremely important decisions about where to go to college or what to study while they're in college, because a lot of the available information can be pretty difficult to interpret.

“Will Studying Economics Make You Rich? A Regression Discontinuity Analysis of the Returns to College Major” appears in the April 2022 issue of the American Economic Journal: Applied Economics. Music in the audio is by Podington Bear.

An interview with Susan Athey and Michael Luca about the mutual influence between economics and the tech sector.

Texas may show how to keep colleges open to poor students, while still providing a top-notch education.