Demagoguery on the airwaves 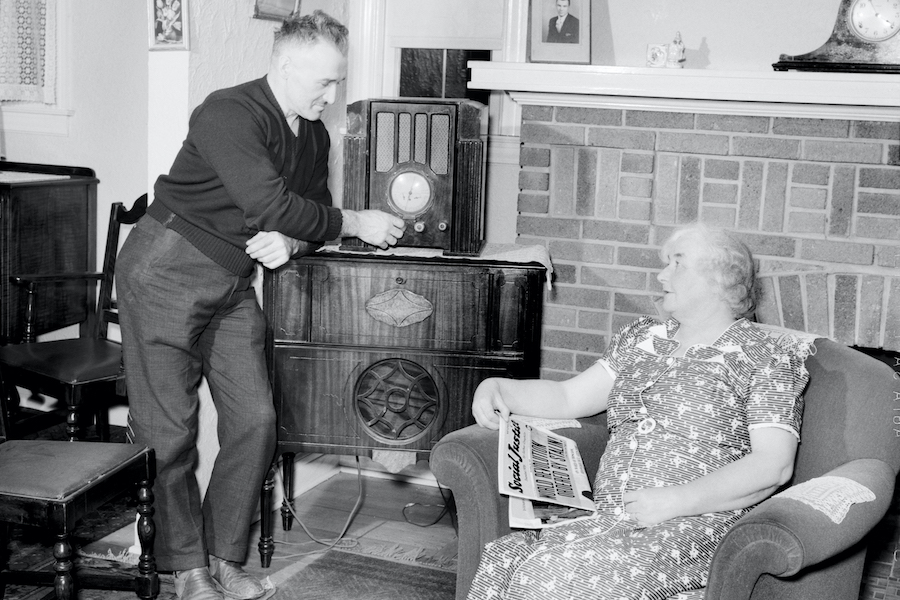 A couple listens to the radio and reads Father Coughlin's newspaper in December 1939.

Right-wing radio has served as a megaphone for populist outrage in America.

Talk show hosts like Alex Jones and the late Rush Limbaugh have railed against cultural elites, promoted baseless claims of election fraud, stoked a backlash against immigrants, and questioned the effectiveness of masks and vaccinations amid the Covid-19 pandemic.

How persuasive are these charismatic radio personalities? In the American Economic Review, author Tianyi Wang goes back to the 1930s to help answer this question by examining the impact of the religious firebrand Father Charles Coughlin.

Known as the “Father of Hate Radio,” Father Coughlin had a devoted following of tens of millions of listeners across the United States, who tuned in to hear him thunder against the evils of Communism, Wall Street bankers, and America’s involvement in World War II. Wang found that Coughlin’s program resonated profoundly with listeners, persuading more than a quarter of them to vote against Franklin Delano Roosevelt in the 1936 presidential election.

Wang spoke with Chris Fleisher about Coughlin’s history as a populist media figure during the Great Depression, his influence over US public opinion, and insights for today’s fragmented media. 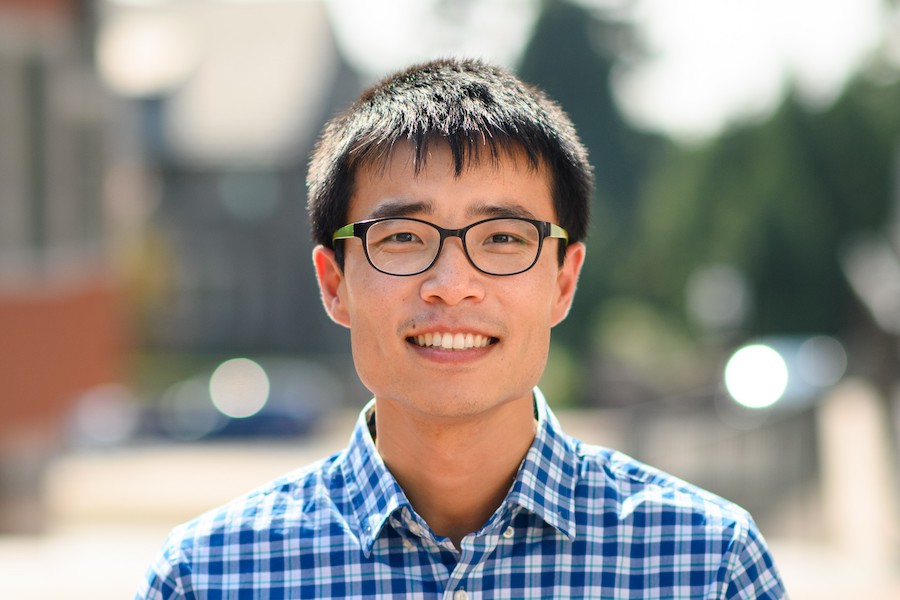 Chris Fleisher: Charles Coughlin has been called the “father of hate radio.” Could you tell us who he was and why this Catholic priest became such a media sensation?

Tianyi Wang: Father Coughlin was a Catholic priest in 1930s America. He began broadcasting in the 1920s, initially focusing on children's programming. But as the Great Depression hit America, he soon turned to talk about politics and the social and economic issues of the day. In the 1930s, he combined populist demagoguery, anti-Semitism, and fascist sympathies to attract almost 30 million weekly listeners in the US. He was a hugely influential voice on the radio, and back then there were not many speakers like him because it was still the early days of the radio.

There are several reasons why he was such a very impactful speaker on the radio. I have a quote here from the writer Wallace Stegner, who described Coughlin's voice as [being] of such “mellow richness, such manly, heartwarming, confidential intimacy, such emotional and ingratiating charm that anyone turning past it almost automatically returned to hear it again.” It was without doubt one of the great speaking voices of the 20th century.

But that's just one aspect of his skill as a speaker. It was also the period of the Great Depression. It was a hugely chaotic and stressful time in the economic history of America, and everyone, especially ordinary Americans, were eagerly trying to understand what got them into this catastrophe and how they could possibly get out of it. Father Coughlin came in and filled this void by offering some rather simplistic solutions which he promised would get people out of the Depression. People trusted him, especially because he was also a religious authority.

Fleisher: It's really tough to figure out how much influence individuals can have on public opinion. So how do you go about measuring his impact?

Wang: I collected data on his radio stations and the radio network he built in the 1930s. It was a national network where he bought airtime to play his broadcasts. I collected the data on the location of these stations, including also the details of the transmitters, such as the technical information like the frequency and the power of the stations. Together with this information, I was able to use a professional radio software to calculate the signal strength of his broadcasts as a way to measure exposure to him.

In terms of the empirical strategy, we would be worried that a place more exposed to his broadcast could have been different. For example, the places of its strongest signal were more likely to be in the urban areas or nearer to the station. To overcome such concerns, I employ a strategy to compare similar counties that were otherwise almost identical, but happened to receive a stronger signal.

Fleisher: What did you find in terms of his impact on public opinion?

It suggests that the spread of extreme messages by charismatic individuals in the media can be very destructive. It definitely has implications on what we should do to protect the public from such extreme hateful messages.

Fleisher: How did his message affect anti-Semitism and fascist sympathies in the US?

Wang: Father Coughlin was considered one of the leading anti-Semitic voices in the public sphere during that time. He also had a publication, a weekly newspaper, that serialized this fake document—the Protocols of the Elders of Zion—and he attacked the leading rabbis and also defended Nazism as a defense mechanism against communism.

One challenge I faced was [how] to measure anti-Semitism because of lack of data. So I collected my own data from the FBI records that tells us of the locations of one of the leading pro-Nazi, anti-Semitic organizations in America, which was the German-American Bund. A city that was more exposed to Father Coughlin were more likely to form a new chapter of the pro-Nazi German-American Bund. And the effects only came in after Coughlin started to become [more] anti-Semitic in the late 1930s, but not in the previous period when he was less so.

Fleisher: Do you think that the opportunity for demagogues like Charles Coughlin to manipulate public opinion is greater with today's social media?

Wang: If we put Father Coughlin into today's context, my guess is that he would still be quite influential, especially with his use of the latest cutting edge technologies trying to reach his listeners. Radio is quite similar to today's social media in some respects. In those early days of radio in the 1930s, it allowed Father Coughlin to bypass the mainstream media and to connect and bond directly with his listeners—not so different from what social media does today. At the same time, social media offers more possibilities for more frequent contact, which could enhance the effectiveness of an interaction.

Fleisher: Eventually Father Coughlin was deplatformed. The Catholic Church distanced itself from his message and in 1939 the National Association of Broadcasters decided to pull the plug on his broadcasts. Are there lessons for today's platforms interested in deplatforming extreme hate speech?

Wang: Yes. Father Coughlin was very influential in spreading hate messages. He appeared quite successful at inciting anti-Semitic hate in the US. . . . It suggests that the spread of extreme messages by charismatic individuals in the media can be very destructive. It definitely has implications on what we should do to protect the public from such extreme hateful messages.

Even after Father Coughlin had been deplatformed from the radio, his influence still appeared to have lasted. The survey data showed that many people still continued to hold similar beliefs in a way that was consistent with Father Coughlin's, such as associating Democrats with socialism and communism, as well as with getting America into war. So it suggested that such influence could perhaps be long-lasting.

Potentially one thing we could do to safeguard the public is to invest in education. I find that counties with better educational measures, such as places with a higher share of literate people, were less affected by Father Coughlin’s persuasion. Perhaps it is worthwhile to also invest in education as an additional protection for the public.

“Media, Pulpit, and Populist Persuasion: Evidence from Father Coughlin” appears in the September 2021 issue of the American Economic Review. Theme music in the audio is by Podington Bear. Sound clip of Father Coughlin is from OldTimeRadioDownloads.com.

The factions of populism

Economic nationalist and isolationist policies being championed in western Europe include groups across the political spectrum.